More than 80% of the population feels the effects of climate change in their daily lives, and is worried about the climate change - reveals Energiaklub’s latest, country-wide representative survey. Especially people living in smaller municipalities experience increasingly hot summers, more and more frequent droughts, and the proliferation of vermin. Half of the whole population expects real actions from their municipal governments, and most of them would participate in local climate actions.

Energiaklub’s research shows that over 70% of the population experiences increasingly hot summers and sudden temperature changes in their cities. Six out of ten people experience more and more frequent heavy rainstorms and tempests, and increasingly moderate winters where they live. 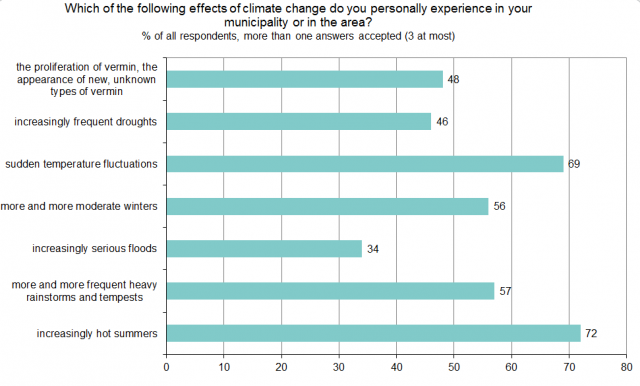 Respondents are worried primarily about climate change causing health issues for them or their loved ones. Many fear that their homes or crops will be damaged, and that extreme weather will cause long-lasting power outages. 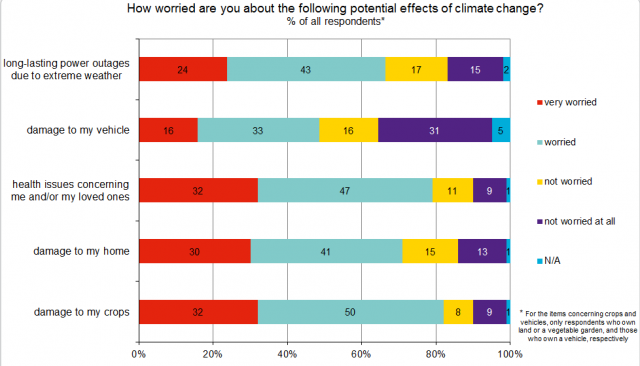 Over 70% of the Hungarian population feels defenseless against the effects of climate change. 64% of respondents feel that they do not receive enough help in order to protect themselves against these. According to the results of the survey, half of the population believes that their local governments should initiate measures to prepare the towns for expected changes of the environment.

This is exactly in what we would like to help municipality leaders with our recently launched training program called 'Klímaválasz' (Climate Response). A total of 140 local government officials can participate in the trainings during the winter. By the end of the program, participants are expected to be able to take real steps to handle the local impacts of climate change. 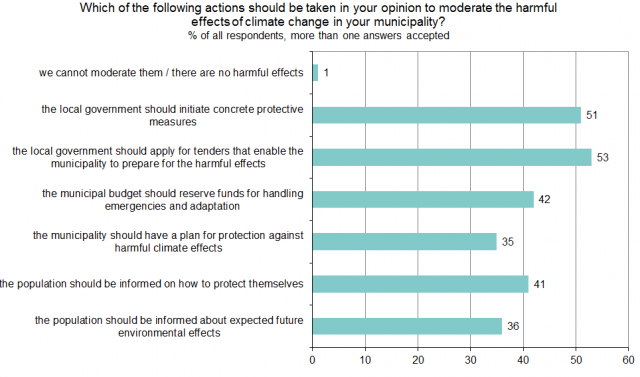 Local governments can expect an active participation from the citizens, as it is shown by the survey: eight out of ten people reported they would participate in local programs that help the municipality to better adapt to expected environmental changes. One-fifth of respondents would get involved regularly, almost half of them occasionally, and 16% only in the case of an emergency.

Possible actions are not restricted to sandbagging: through planting trees, greening balconies and yards we can make the micro-climate of a square, a street or even a district significantly cooler even during summer heat waves.

The project is supported by Iceland, Lichtenstein and Norway.

Data was collected all over the country through telephone interviews with 1600 people in July 2015. The sample is representative for the Hungarian population in terms of age, gender, education and regions.